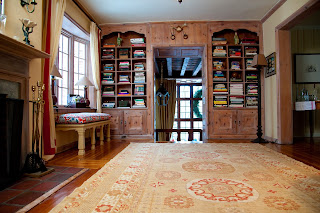 Love this new custom rug that I just bought for a client from Turkey.
Take a look at my new website at www.monicafosterinteriors.com

Welcome, Leave Your Shoes On 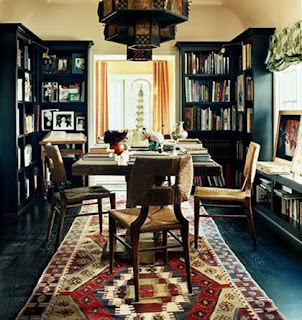 A bit about myself, I am married to a movie and theater producer and the proud mother of a son who grew up too quickly and now attends college. We share our home  with Ruby, an adorable, energetic Labradoodle who has finally learned to respect a fine carpet.
I too was a movie producer for quite some time which is where my flair for the dramatic expressed itself. Leaving Hollywood behind, I have embraced my love for drama and beauty through the traditional, but no less exciting art of antique rugs. 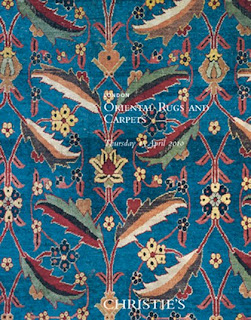 I now enter a room and in my mind's eye cast the perfect rug for the role. Trust me, rugs are far less demanding than actors.
A quality Oriental rug is timeless and will, with a slight nod to its environ, add warmth yet shine with a quiet sense of cool in any room whatever the decor. True artisan rugs are works of art that were made to be walked on, just roll them up until your Labradoodle is house trained.
The top image is courtesy of the much missed Domino magazine, bottom image: London catalogue from Christie's rug auction.

Posted by Monica Foster at 2:54 PM

Always Inspect the Quality of the Weave 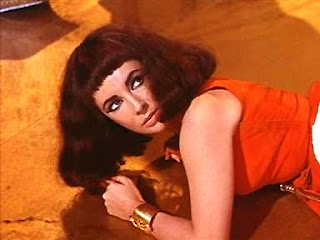 Please indulge me for a Hollywood moment, I would like to share with you a celluloid clip that I suspect ignited my love of both film and rugs as an impressionable child.
The film is of course Cleopatra starring Elizabeth Taylor and in this scene she has cleverly disguised herself as a gift, a carpet, to be presented to Caesar.
Every time a carpet is delivered to my home I restrain myself from rolling up in it. I am not Liz.
Still, talk about making an entrance.

Posted by Monica Foster at 1:13 PM 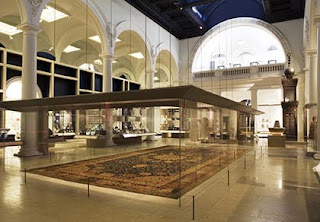 Bigger is not always better, it is sometimes breathtaking. If you have never viewed what is perhaps the world's most magnificent and oldest carpet you must head to London's V&A Museum.
The Ardabil Carpet, named after the town in north-west Iran where it was made, measures roughly 10.5 metres by 5 metres. I believe that is 34 ft. by 16 ft. but do not hold me to that. Its size and beauty, together with its outstanding historical significance, makes it the most important carpet in the Victoria and Albert Museum, and one of the finest in the world.
The Museum created an extraordinary case in the center of a gallery so that the carpet could be viewed as intended, on the floor. To preserve its colors, it is lit for ten minutes on the hour and half-hour.
These photographs and my words can never do this work of art justice. Should you find yourself lucky enough to be in London make a point of seeing it, you will not be disappointed. 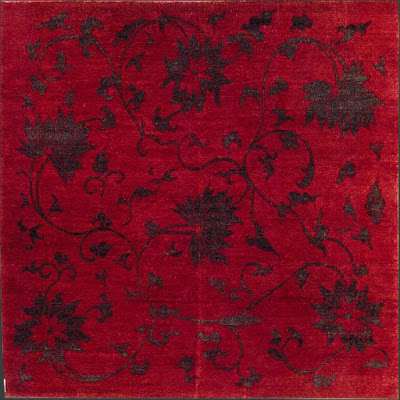 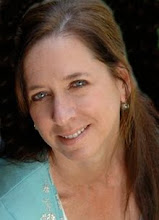 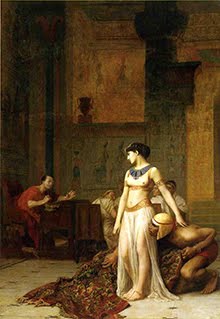 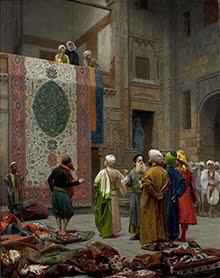 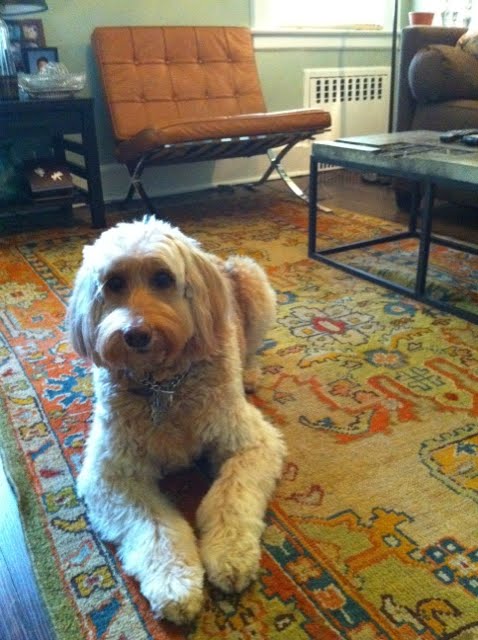 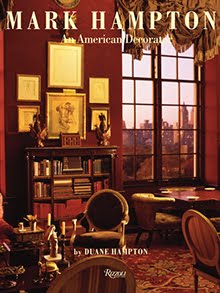 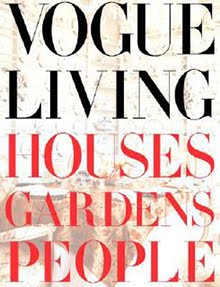 Gorgeous imagery, rugs and more, a truly inspirational book.
"ABRASH IS THE EQUIVALENT TO VIBRATO IN MUSIC. IMAGINE A VIOLIN PLAYING WITH NO VIBRATO. THAT'S WHAT A SYNTHETIC COLOR LOOKS LIKE."
-- Dr. Jon Thompson
Scholar and author, particularly in the study of classical carpets.